Our Mission and Activities

The Pharmaceutical Reference Standards Center of PMRJ is responsible for producing and distributing the reference standards based on the direction by the MHLW. PMRJ strives to ensure their quality and provide a stable supply of them by reliably executing the process shown in the diagram below. 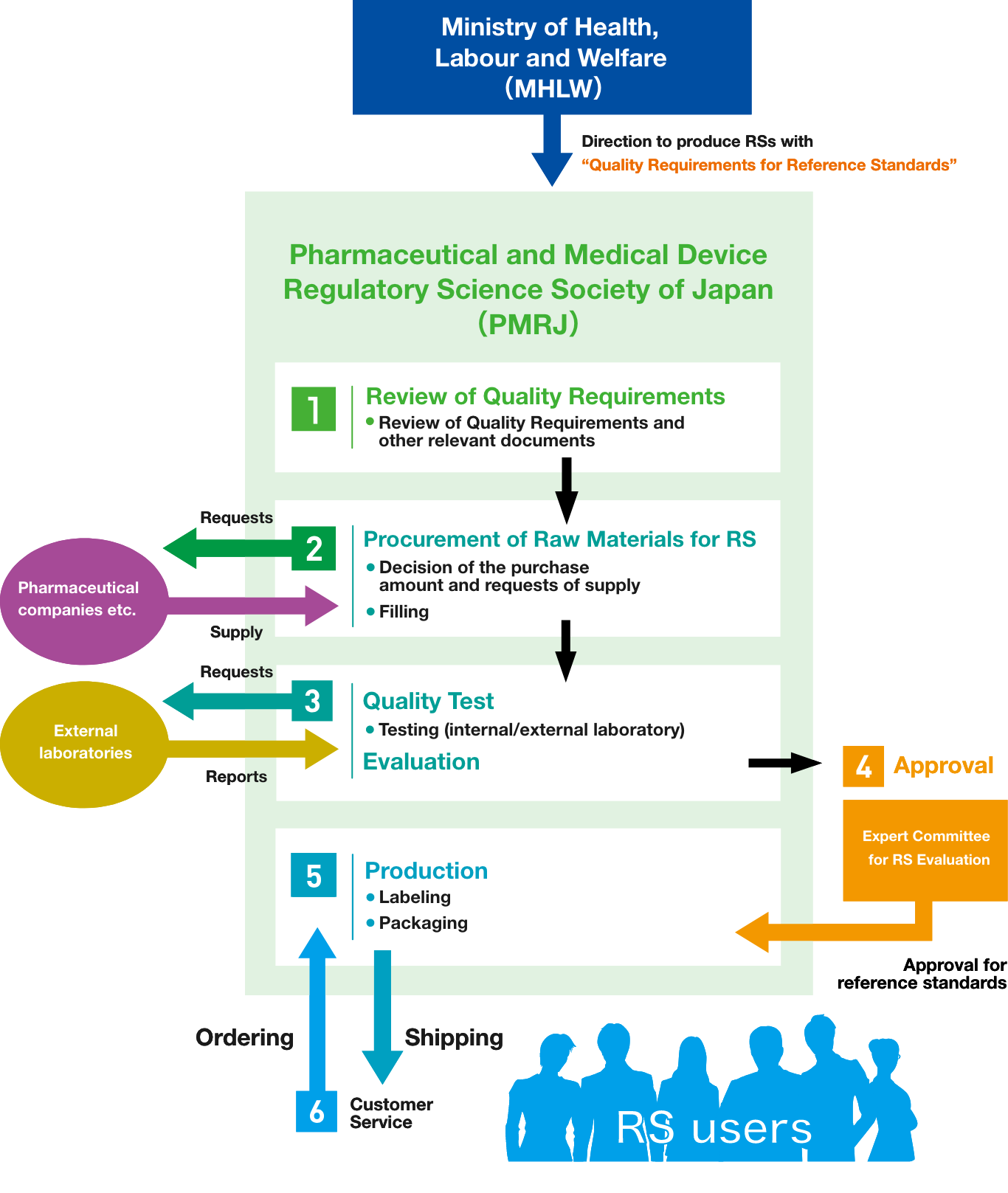 As an associate member of the Japanese Pharmacopoeia Expert Committees of the Pharmaceuticals and Medical Devices Agency (PMDA), PMRJ participates in discussions on ensuring the quality and proper use of reference standards and is actively involved in the establishment, production, and distribution of new categories of reference standards. PMRJ also has been striving to understand international trends by interacting with the organizations that manufacture reference standards in Europe and the United States and by participating in international symposia and other such events, and has been working to improve its technical level and strengthen its systems by such measures as obtaining ISO/IEC 17025 laboratory accreditation and participating in proficiency testing. (Quality Assurance)

As one of its educational activities, PMRJ holds training sessions for small numbers of JP users and reference standard users that focus on the JP General Test, such as the Bacterial Endotoxins Test, in order to disseminate practical technical information and exchange technology.